Enter your City name or Pincode 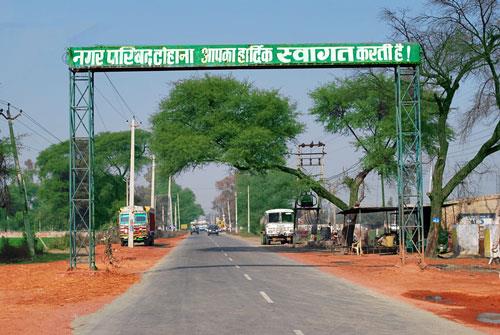 This town of Fatehabad District was most certainly part of Mahabharta epic, with many including experienced historians believing that this place was known by the name ‘Taushayana’ during golden days of Mahabharta. However, true recordable history of this region didn’t started before the great Mauryan Empire presided over reign of this region, which obviously occurred many, many centuries after Mahabharta took place. The discovery of Ashoka pillars in many adjoining towns proves this historical fact beyond doubt. Ancient era was also marked by reigns of other great empires like Nanda Empire and Sunga Empire. The peaceful ancient era was followed by more dramatic medieval era. During entire medieval era Tohana saw succession of many great rulers and empires. Right from the likes of Prithvi Raj Chauhan to innumerable Muslim empires and rulers like Mahmud Ghaznavid, Firoz Shah Tughlaq of Tughlaq dynasty to great Mughal Empire. Some of these rulers brought immense destruction, while others ushered in the era of great prosperity for this region. The most prominent ones amongst rulers who brought lot of prosperity were Firoz Shah Tughlaq of Tughlaq Dynasty and Mughal Empire. In particular Firoz Shah Tughlaq brought lot of economic and social stability to this region. Besides, it was Firoz Shah Tughlaq who gave the name ‘Fatehabad’ to this region, which was named after his son Fateh Khan. The Muslim rule was followed by British era, who too made immense contribution – economically as well as administratively – to this region.

Civic administration in Tohana is looked after by Tohana Nagar Panchayat or Tohana Municipal Committee. Like all other municipal bodies, it also has to ensure that all the basic civic amenities like drinking water, sanitation, etc are readily available to the people. Besides, it is also in charge of maintaining civic infrastructure like drainage system, street lights and even constructing new highways within its jurisdiction. And last but not least, Tohana Municipal Committee has full authority to impose and collect property tax from all households coming under its jurisdiction. Tohana Municipal Committee has total 21 wards, for which elections are held after every 5 years. As per 2011 census disclosure approximately 63,871 people are living in these 21 wards, out of which 33,701 are males while 30,170 are females.
Municipal Council Tohana
Address :- Near Shaheed Chowk, Chandigarh Road, Tohana
Contact No.with STD Code:01692-230032email :- mctohana[at]rediffmail[dot]com
https://ulbharyana.gov.in/municipal-council-tohana.html
Director General, Urban Local Bodies, Haryana
Office: Bays No. 11-14, Sector-4, Panchkula
Phone No: 0172-2570020
Fax : 2570021
E-mail: dulbhry@hry.nic.in

Agriculture is the backbone of its economy. As most of the villages under Tohana subdivision are completely sustained on agricultural sector for their livelihood. Besides there are some agro based small and medium scale industries operating here. One large scale industrial plant is operating here. This is Nuchem Limited, a public limited company which mainly manufactures plastic and chemicals. 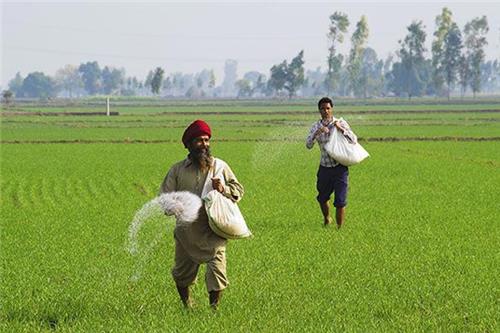 Coming to service sector, then decades of steady urbanization in Tohana town has given rise to small, yet pretty efficient service sector. It is today providing huge number of employment to locals of Tohana town. Even people living in nearby villages are today employed in many of the service oriented organization/companies operating across this town. As for which are the organizations and institutions that are at the forefront of this town’s minuscule service sector, then banking sector, hospitality sector and retail sector are at the very forefront.

Today with good number of well equipped hospitals operating across the town, Tohana’s healthcare services can be described as pretty self sufficient. Thanks to these hospitals, today number of local patients flocking to other cities like Hisar and Fatehabad has certainly gone down. While this is undeniably a very positive development, but this town will need even more well equipped hospitals in near future to bring their numbers further down. Moving beyond hospitals and coming to more basic healthcare services like chemist shops and clinics, then this town is pretty self sufficient on this front too. This only means that today patients here have to be least bothered about supply of general and critical medicines or about well being of their general health. 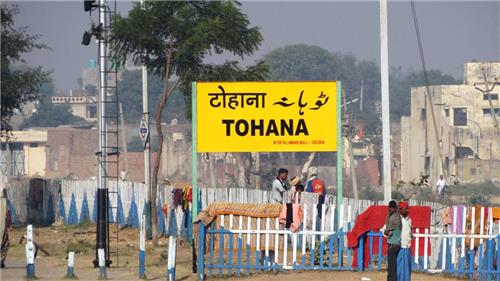 Tohana Railway Station
Coming to connectivity, then Tohana Railway Station has been serving local commuters well on this front. Although it is a small station and is connected mainly to only few cities of Haryana, but it still holds huge importance for daily commuters of Tohana town. Local transportation services has been better than ever before. The reason behind this has been steady growth in auto rickshaws over last one decade. Their steady growth has meant that today Tohana’s local commuters can easily and quickly get auto rickshaws to any important part of the town.

Today citizens of thois town can easily open a bank account with some of the most reputed banks of India, and enjoy their wide range of modern banking services. This is just another way of saying that today some of the most renowned banks of India are operating their branches in this town. These branches with their cutting edge banking services have completely merged this small town with India’s dynamic and robust banking sector. And by doing so it has financially empowered Tohana’s ordinary citizens and business communities alike. One can only hope that in future more reputed banks will open their branches here, as it will help to further strengthen and improve the local banking services here.

Safety and Security in Tohana

To ensure safety and security of all the ordinary citizens a local police station is operating in the very heart of the town. However, since general law and order of this town is very stable and peaceful, local citizens very rarely have to make way to this local police station. However, pity and non serious crimes keep occurring every now and then, which is duly taken care by local police officials. Besides, Tohana Police Station is also responsible for taking care of law and order during local body or municipal election. For More Click Here

Tohana at a glance

Comments / Discussion Board - About Tohana